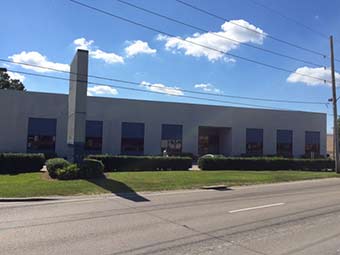 After 15+ years in its current location in Harvey, LA, Computrols will be moving its headquarters and manufacturing to a larger facility just down the road in Gretna, LA. The new facility will provide our growing company with over 43,000 square feet, including both office and industrial space.

Computrols founder, Roy Lynch said, “It is a very exciting time for our team to not only to have an upgrade in our workspace, but also to see the company continue to grow at this rate.”

Computrols has been providing top-of-the-line building automation systems worldwide since 1983, and despite its growth into a number of foreign and domestic markets, the New Orleans area office has remained its corporate headquarters and manufacturing facility. In addition to its New Orleans headquarters, Computrols has also grown its presence to other major metro areas such as Tampa, Los Angeles, Washington D.C., San Antonio, and Houston.

This story appears in the April 2016 issue of Automate, the Computrols newsletter.

Are you looking for a Computrols distributor? We have authorized distributors throughout North America. Find one near you today.
Skip to toolbar