Computrols has successfully provided integration solutions to the following protocols and manufacturers’ products:

Computrols has been a pioneer in building automation system integration for nearly 30 years. Computrols first integrated solution was completed in the late 1980s when Computrols founder, Roy Lynch, decided he wanted to create a cost-effective solution for building owners and property management companies to break away from the proprietary systems that plagued the industry.

Today, our research & development team continues to develop new interfaces, while improving upon our established integration solutions. In recent years, our industry has become flooded with a plethora of new companies claiming to be system integrators, but often the solutions offered are not reliable or distributable.

These new-age system integrators use a device that we refer to as a “black box”. A black box is nothing more than a translator for communication protocols. A protocol is the communication language used by computers and other intelligent equipment to communicate with one another. As with any language, there are both proprietary and open protocols.

Think of a proprietary protocol as a language only spoken by a particular group of people. If you cannot speak this language, you need a translator to decipher what they are saying and to communicate on your behalf. This is certainly not an ideal means of communication, but it is serviceable when necessary. Just like foreign languages, proprietary protocols require BAS manufacturers to do one of two things: take out anything “speaking this language” and install their own equipment for communicating or find a way to communicate that protocol by either “learning the language” or getting a black box (translator).

Can you afford to have messages misinterpreted or translated incorrectly when it comes to operating your building or critical facility?

Rather than utilizing translators, our team reverse engineers the proprietary protocols developed by our competitors (learns their language) in order to build them into our products. As a result, Computrols products are able to natively communicate with the open protocols of our industry and with many of the industry’s proprietary protocols. This enables us to provide truly integrated solutions. Furthermore, this enables us to provide an integrated solution that is distributed, meaning that there is not a single point of failure. In some cases, our competing manufacturers may no longer support legacy products, and Computrols integrated solutions allow for our customers to leverage their existing infrastructure. This is typically a much more economically feasible option. 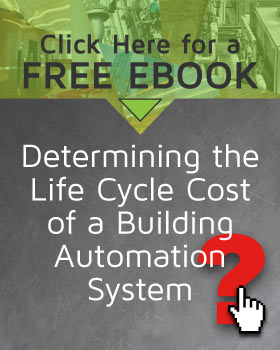