Home » What We Do » Our Clients » Building Automation Case Studies » Case Study: Statue of Liberty 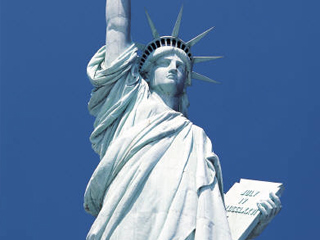 To keep visitors of the monument safe and comfortable.

To give engineers and emergency responders better control of the building automation system.

The Statue of Liberty is one of the United States’ most cherished national monuments, attracting approximately 3.5 million visitors a year. The statue was opened to the public in 1886 and was extensively restored in time for its centennial in 1986.

In 1995, Computrols was brought in to install its DOS-based Computrols Building Automation Software (CBAS) and X-Line controllers to integrate to the existing Johnson Controls system. Computrols also leveraged its Fire One board at this time to integrate with the existing SLC loops and take over the statue’s fire system. This upgrade gave the monument’s in-house staff more reliable control of their HVAC and fire systems and the ability to manage the BAS themselves, rather than depending on Johnson Controls’ technicians. Between Computrols lifetime warranty controllers and its intuitive software, operating costs were cut drastically.

Having created a proven track record of top-notch products and service, Computrols was asked by the National Parks Service to upgrade its software and fire alarm control panels in 2004. Computrols, partnering with it’s New York-based distribution partner, C&S Building Services, upgraded the current system to its Windows-based CSimon system. After the completion of this project, visitors were able to safely resume their tours of this national treasure.

During this renovation period, two new code-compliant staircases that lead to the observation platform were configured around the statue’s core. C&S outfitted these new staircases with Computrols smoke control system that, in the case of a fire event, would ensure that stairwells were properly pressurized to keep them clear of smoke and pump in fresh, outside air (UL 864 Smoke Control Standard). In addition, C&S implemented an active lobby exhaust sequence to keep the lobby area clear of smoke.

The renovation also included the installation of a voice evax and fireman’s override panel. These vital panels are centrally located in the fire control room at the base of the statue. This control room provides emergency responders with a central location and the tools required to quickly take action during emergency events.

Computrols is proud to be the building automation provider of choice for the Statue of Liberty and looks forward to continuing to keep this national heirloom comfortable and safe for all those who visit her.