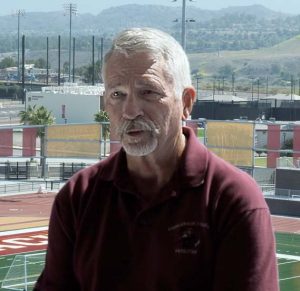 I’m Alan Cherry. I’m the plant engineer at Saddleback College. I’ve been in this position for 24 years now, and I’ve been involved with Computrols since the onset. When we had the system installed in 2014, we found it to be an excellent system. We were replacing an older system that was phasing out the products that they were using, phasing in something new, and we weren’t fond of it.

What convinced you to choose Computrols as Saddleback’s Building Automation System?

I think what impressed us most with the Computrols system, for me personally, the number one thing was the hardware. The fact that every point could be binary and analog and input and output, whatever you wanted to be was amazing. The other thing that impressed me was that should a board fail, you could actually just swap out the motherboard, plug it back in, address it, and in ten minutes you are up and running again. There was no need to remove wiring, nothing of the sort. That, I thought was a pretty amazing feature.

I think the other thing that most impressed me is while they were looking at a computer screen that was showing the points and everything, the salesman got out his phone, hit a few buttons, and there was the same thing on his phone that we were looking at on the computer, and we never had that on the campus. And that was also a feature that really sold me, because when you’re out in the field working on a unit, you kind of want to be able to see what you’re doing and see what’s happening with the system. And it’s hard to run down to a computer to do that all the time. So those are just some really good selling points for the system.

What’s your experience with using the Computrols Building Automation System over the last 7 years?

I can say that the failure rate on the system is really low. I can call up Tech Support, at Computrols, and they’ll give me a number, I send it in to them, they repair it, send it back, no charge. We always keep a few boards in stock, so if I do have one fail in ten minutes, I’ve got it up and running again. Nobody even knows that the air conditioning was out half the time. And like I said, the new board comes back, it’s repaired, and back on the shelf.

What are your thoughts on the Computrols Building Automation software?

I found the software to be pretty intuitive. You can program a point if you need to alter the programming on the point. It’s really simple to do. You can see what point controls another point. You can add software points really easily and then program those.

You can use a lot of strategies for temperature resets, that kind of stuff. It’s just a really versatile system as far as I’m concerned.

What are your thoughts on the Computrols lifetime warranty and their technical support?

I think the only money we’ve ever spent on Computrols is stuff that we’ve bought to add to our system. I’ll buy the board, I’ll buy some of the thermostats or other peripherals that we need from Computrols, and I’ve installed them myself, programmed it in the times we’ve had failures, usually communication failures, things like that, I can call tech support or even email them and I get a response, I get some tips of what to look at and there hasn’t been anything yet that we’ve not been able to fix with a little help from tech support and it’s all free.

What other benefits have utilizing Computrols Building Automation System provided you?

Yeah, we have realized a lot of energy savings. We’ve been able to use the optimal start-stop feature on virtually all of our equipment, which has been a really nice feature. If you have classes starting at 8:00 in the morning, you don’t know what the ambient temperature is going to be like or what the room temperature is going to be like. But with the optimal start, it will calculate that out and it will start the unit when it calculates it needs to be on. So it’s reduced complaints from us because faculty tend to like to complain about their temperatures a lot.

It’s just the nature of the business, I guess. We’ve been able to do a lot of reset strategies both on temperature and airflow. We utilize that quite a bit. We have a lot of VFDs on the campus and we are really able to monitor our fan speeds and save a lot of energy that way.

The Path to Becoming a Partner

Rather than charging our distribution partners an arbitrary fee to represent our brand, Computrols simply requires an initial purchase of a bundle of products and training. The hardware and software included in the bundle can be used in your own facility, implemented in your first project, or leveraged in a sales setting.