Home » News & Events » What are HVAC controls and how do they work?

MarketsandMarkets forecasts the HVAC controls market to grow from USD 13.6 billion in 2018 to USD 27.0 billion by 2023, so it’s probably an industry you’ll want to keep your eye on. Whether you are new to the HVAC industry or simply want to know more about building operations or energy consumption, we’ll do our best to help you take your first step to learn more about these systems and how they work.

What are HVAC controls?

The definition of HVAC control systems can range depending on whether it is applied to a very basic residential application or potentially to an extremely complex large-scale application, but in short, HVAC controls consist of devices that control the operations of Heating, Ventilation, and Air Conditioning equipment.

In residences, you’ll typically find a thermostat that is connected to some kind of self-contained A/C unit. By adjusting the temperature (or setpoint), you are controlling the functions of that self-contained unit. For example:

When you set your thermostat to 75 degrees in the summer, you are dictating that your A/C unit should run until your indoor temperature reaches 75 degrees, at which point, it should shut off.

In this simple example, your thermostat is considered an HVAC controller, however, it is also a sensor because it is sensing your indoor temperature. We’ll talk more about sensors as we delve deeper into more complex systems.

When it comes to applying HVAC control systems to larger facilities, the HVAC controls are sometimes a part of a larger system known as a building automation or energy management system.

In large facilities, mechanical systems are often very complex and need to work efficiently in order to be effective and not waste energy. The equipment controlled by building automation systems (BAS) frequently includes that of HVAC, lighting, fire alarm, and access/security systems.

Having these consolidated under one software platform can be advantageous when trying to build sequences of operations to make a building “smart”, however, some building operators view this as a risk having “all their eggs in one basket”. For the purposes of this article, we will stay focused on stand-alone HVAC control systems.

In the interest of keeping things simple, we’ll break down the typical BAS into 4 major categories:

As you gain a deeper understanding of HVAC controls, you’ll learn there are many pieces of equipment that encompass more than one of these categories, however, we’ll do our best to stay with simple examples for each.

The head-end computer/software may also be known as a workstation, the front-end, or energy management software. This is the central user interface that allows an operator to gain insight into field operations and send control functions as needed. Users see the results of the control signals sent based on monitoring the system inputs. For example, if an air duct damper was closed and is commanded open, the zone temperature will start dropping based on that command being sent.

In a modern HVAC controls system, the network infrastructure typically consists of CAT-5/6 Ethernet and RS-485 twisted pair cables. The CAT 5/6 Ethernet cable generally carries messages from the head-end to and from the controllers while the RS-485 wires take care of the communication between the controllers and field devices.

A device that is connected to the network infrastructure and provides a means for monitoring and/or controlling end devices.

These devices include sensors that measure the value of a variable such as a temperature or humidity, relay switches that open and close circuits, and actuators that convert energy into some kind of mechanical force. There are a multitude of end devices. These are just a few.

Together, these four components make up an HVAC controls system whose primary goal is to ensure occupant comfort and safety while operating as efficiently as possible from an energy consumption standpoint.

How do HVAC control systems work?

As another simple example, let’s say you have an office in a commercial building and you set the thermostat at 75 degrees for your side of the office. This input is passed from the thermostat through network infrastructure back to a controller which subsequently takes that feedback and conducts the below sequence.

If the Indoor Air Temperature is greater than 75 degrees,

Then start the A/C unit

If the Indoor Air Temperature is equal to or less than 75 degrees,

Then stop the A/C unit

By writing statements that instruct the equipment on how to perform under certain conditions, we can dial-in those sequences to ensure optimal comfort and energy efficiency. It also keeps us from having to manually turn equipment on and off.

Operator – this means that whoever is driving the system is issuing direct commands as to how the system should be running.

Logic Programming – This means the equipment is running based on the sequence of operations that we discussed previously.

Weekly Schedule – the schedule of what days/times equipment should be on or off.

In this example, the Weekly Schedule is the lowest priority and Operator is the highest, meaning Operator trumps the other two. For this example, we’ll use an air handling unit (AHU) starting in the morning to cool down a floor.

The controller for the AHU will first look to see if it is being commanded by the operator. The Operator command would only need to come into play if the building engineer sees that there are abnormalities that merit turning the AHU on earlier than usual or potentially leaving it off altogether.

Then, the controller for the AHU will look at the Logic Programming which dictates that if the indoor air temperature is greater than 80 degrees at 6am, then the AHU should start. This sequence is in place specifically for extremely warm mornings so that the AHU can get a head start if needed.

If this is not the case, the controller for the AHU will look at the Weekly Schedule to see what commands it provides. The Weekly Schedule dictates that the air handler will run from 7am to 5pm, Monday Through Friday.

In real-life applications, there are multiple levels of logic and at least a handful of other priority levels, but hopefully, this example effectively demonstrates the concept of how priority levels work.

If a facility was constructed or remodeled in the last 10 to 20 years, it is almost certainly equipped with a modern controls system known as Direct Digital Controls (DDC). Like most present-day technology, these systems communicate via electronic signals.

In older facilities, you’ll sometimes find pneumatic HVAC controls. These control circuits operate on air pressure and use mechanical means to perform control functions. On rare occasions, you’ll find newer pneumatic systems, however, there are a number of benefits to going with DDC. 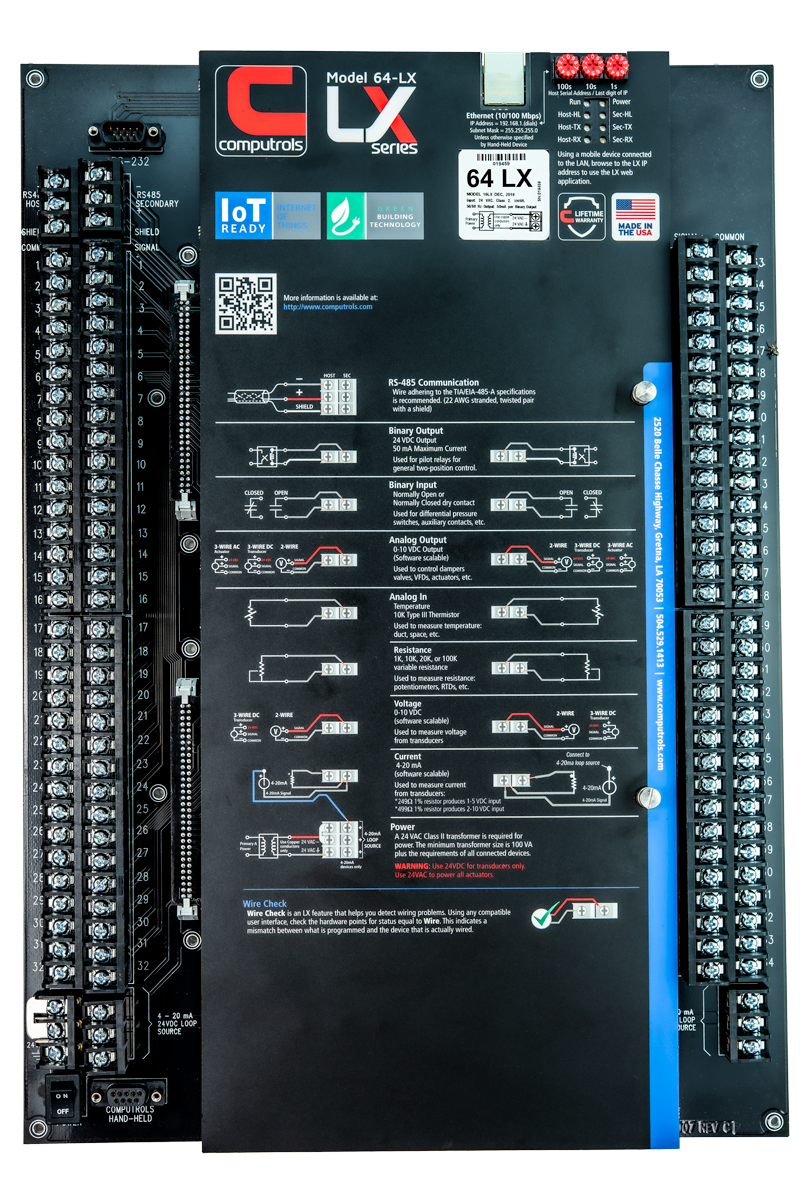 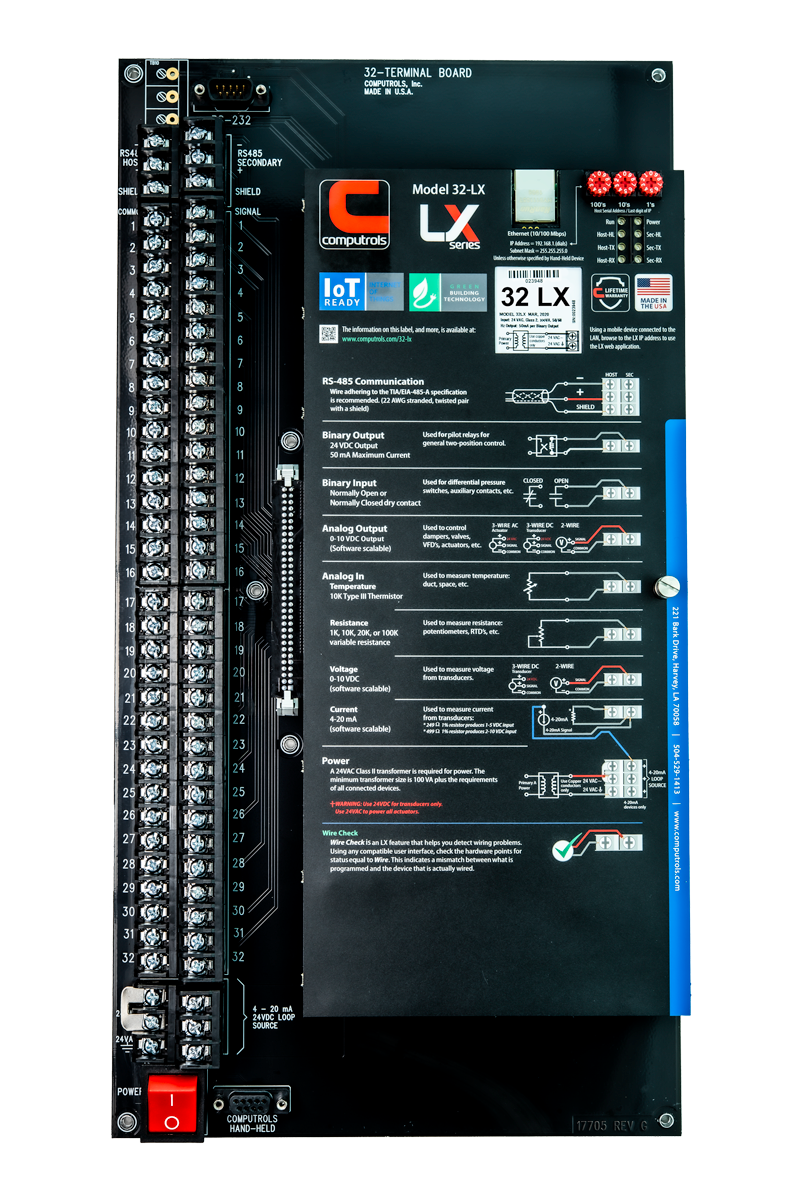 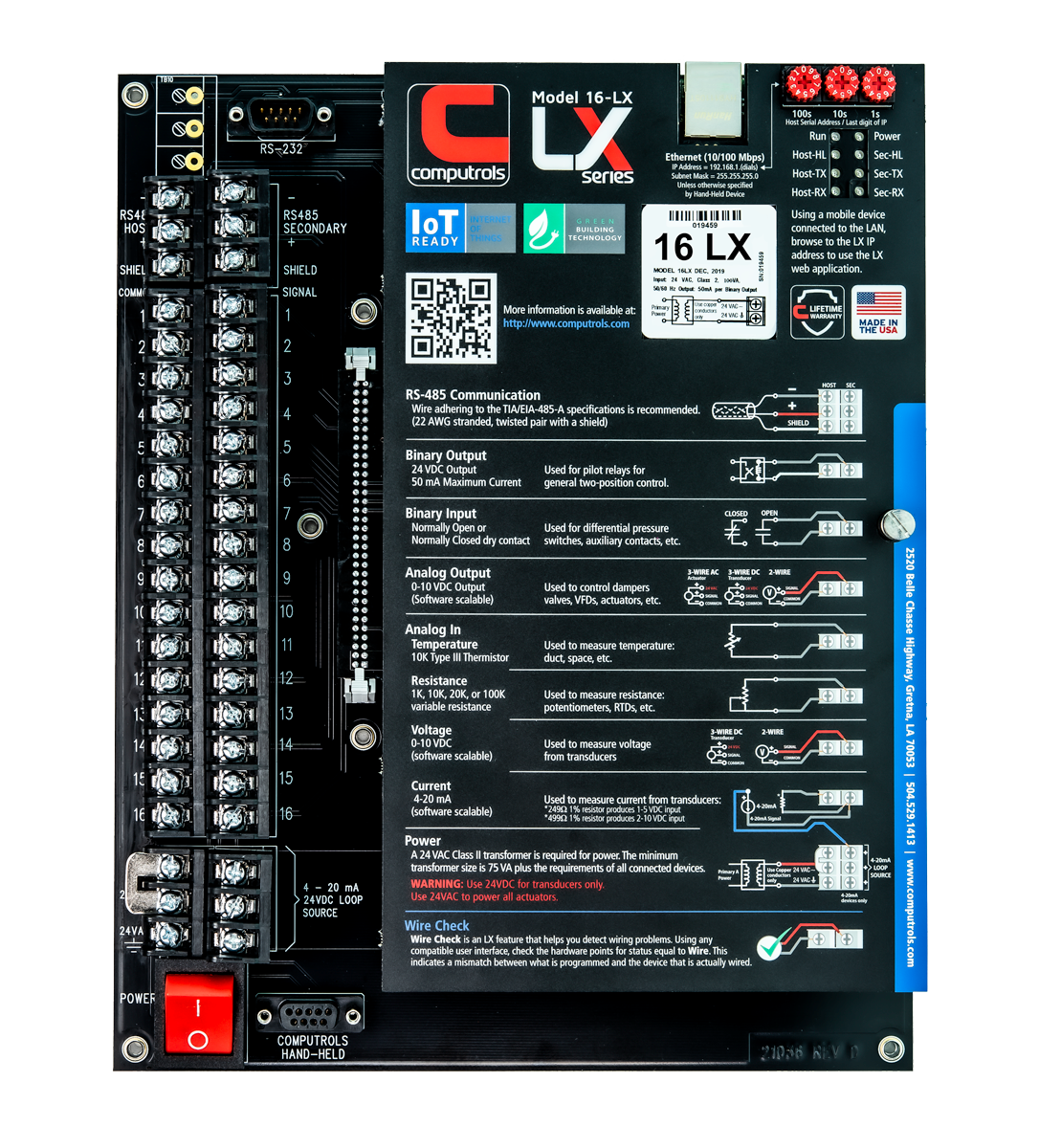 The primary goal and benefit of HVAC controls is to provide building occupants with a comfortable environment. By combining the input data and the precise control of a DDC system,  you can virtually eliminate hot/cold spots throughout a building.

On average, HVAC operation accounts for nearly half of a commercial facility’s energy consumption. By applying control strategies that reduce energy consumption, facility managers can significantly reduce their energy costs and overall effect on the environment.

As Ben Franklin said, “Time is money.” With a properly functioning HVAC controls system, you are able to automate the functions of your HVAC system, giving you time to take care of other pressing matters.

Another major asset these systems provide that was previously less recognized is safety. Being able to control the air quality of a building is more important than ever as we strive towards providing a healthy environment for all building occupants.
For more information on HVAC control systems and how they work, sign up for Computrols monthly newsletter.

Computrols offers the industry’s only lifetime warranty on controllers?