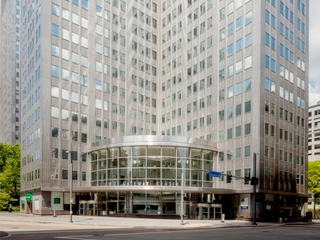 The facility had an aging fire and life safety system which the local fire marshall required to be upgraded.

The Gateway Center is a four-building, 1.5 million-square-foot complex located in downtown Pittsburgh, PA. This facility is also the new recipient of a Computrols CSimon Fire & Life Safety System.

The property management group for the Gateway Center buildings found themselves in a difficult situation in early 2018. They had an almost 40-year old fire system in their four-building complex which the local fire marshall required to be upgraded. They worked with an engineering firm who believed the only option would be to upgrade the entire system which would likely incur a multi-million dollar investment. Seeking alternatives, the management company learned of Computrols, who their counterparts in New Orleans, LA had been working with for the last few years.

After a few conference calls to discuss the existing Honeywell Delta 1000 fire system, Computrols sent one of its fire and life safety experts to examine the building first-hand. It was determined that a pre-existing Computrols interface should be able to do the job with some fine tuning, but before the solution could be implemented, it had to be approved by the City of Pittsburgh. Computrols sent its CEO to argue the case for this integration alongside members of the property management company for the Gateway Center.

Computrols had proposed to install new controls in order to integrate with the existing Honeywell Delta 1000 fire alarm system serving the four-building campus. This meant all existing end devices would remain in place until they were changed out with new devices at a later date. After providing a number of examples of Computrols completing similar integrations in the past, the proposal was approved.

Computrols research and development team immediately began redeveloping it’s 20-year-old Honeywell Delta 1000 interface to be implemented using more modern technology. Soon after, Computrols technicians installed one CSimon fire alarm panel for each of the four buildings comprising the Gateway Center. This enabled ownership to address their immediate needs by leveraging the existing infrastructure while providing a scalable solution for future system expansions. As a part of the hardware integration, Computrols developed a custom loop interface board which converted the RS-232 signal to current loop. Technicians also installed a new headend computer loaded with the company’s flagship Computrols Building Automation Software (CBAS). CBAS now serves as the new, central point of command for the integrated solution and will remain in place as field devices are upgraded overtime.

Since the initial install, the property management group has begun building the backbone needed to make all 4 buildings fully addressable. This is a project that will be completed over the next 10 years.